Our most recent #AptChat was a Free-For-All Friday, which means you asked the questions and picked the topics. We discussed the importance of being “green” and how to cut through the noise when it comes to social media.

Here are some of the highlights:

Topic 1: The Importance of Being “Green”

#aptchat. How important is being “green” to prospective renters?

@30lines @mbj People expect to be able to recycle at their community. And expect energy efficient HVAC. #AptChat

#AptChat @mbrewer Actually not. The more I immerse myself in it the more I try to find new ways to benefit.

I have been unsubscribing from tons of newsletters, google alerts, etc… #aptchat

@theredoaklife I think it depends what content you’re posting.If it’s engaging, then no. Some Apts only tweet their vacancies. #AptChat

@30lines Once I get started there is no looking back. It is like jumping on a treadmill going full speed #aptchat

@DavidKotowski #aptchat As I said in a recent presentation, for some, email is still ‘where it’s at’. For others, email is like snail mail.

#aptchat @30lines @DavidKotowskiWe would never stop actively collecting rent. We must do the same with our messages and social connection

@mbrewer I love the idea of having that one place where residents can go to connect. #AptChat

@mbrewer Just another platform to manage. If they can do it, then do it right, otherwise just stick to Facebook. #AptChat

… everyone starts off w/ good intentions. Nothing is managed. It dies. Stale. Instead, claim your FB Places listing. Start there. #AptChat

Now it’s your turn … how important is it to be “green”? How do you avoid feeling burnt out on social media? What are your thoughts on a social platform specifically for residents to connect? Leave your input in the comments!

Be sure to join our next #AptChat on Friday June 8 at 4 pm EST! 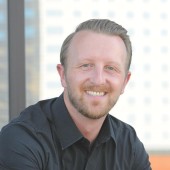 The Art of Storytelling in Apartment Marketing